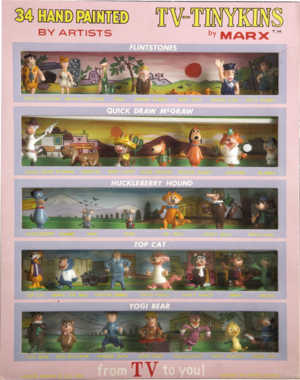 TV-Tinykins were a toy line of miniature hand-painted figurines of popular television cartoon characters released by Marx in the 1900s, Marx has made some notable properties in the lineup, such as Disney. Marx has released a handful of Hanna-Barbera figurines in 1961.

They were originally sold for fifteen cents alone, one dollar for eight of them and three ninety eight for thirty four of them.