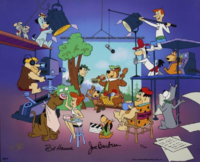 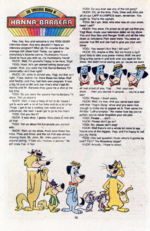 I posted 47cartoonguy's videos from his The Funtastic Legacy of Hanna-Barbera series on the article, because they're beyond the run of the mill fan videos; he's done research by talking to people who worked at Hanna-Barbera. Today, he asked if about the possibility of making a page for his videos. I said that if we'd have the page, there'd have to be history added as well, since we can't just have the page just of his videos. So, I was just wondering if you, Snoopy, thought there was potential in having a page dedicated to the series? -- Signed by James (talk) 16:47, 10 August 2021 (UTC)